Miriam’s Well blog will be on vacation until early next year. See you then! 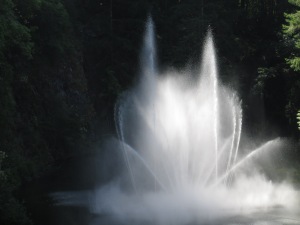 I was recently talking to someone who claimed to have been happy only six times. This person listed life changing events like a wedding as the only happiness inducing events. Of course I wanted to quarrel with this. Major milestones may by definition be few and far between. But these are not really moments of happiness. Or, not the only moments.
I tend to be happy about six times a minute–and unhappy too. I’ve grown to understand my nature as mercurial—and I am easily pleased.
“You get a lot out of a little,” my friend Kath observed when we were in Iceland. She was commenting on my enthusiasm for a pot of chives in the alley between our apartment and the convenience store. I just loved that pot of chives, blooming away in the long Arctic days. I loved the charmingly Icelandic store, too, with its salted fish and knitting supplies. Of course I loved the volcanoes and the black sand beaches. But I do love the small detail.
My father, may he rest in peace, was a high energy and focused traveller. But he cared only for major monuments—cultural icons. I remember being a sullen teenager in a foreign capital, dragged from cathedral to cathedral. I saw a little cafe, with yes, an alley behind it, and a grey cat cleaning its paws. All I wanted to do was buy myself a hot drink and sit at a round table and watch the world. But alas, this was not on my father’s agenda.
I did grow up, however. And set my own pace. When I was an artist in residence in the Everglades I’d drive down to the end of the park (where there wasn’t much, post hurricane) and buy a bad cup of coffee at the bait shop and sit on the dock. I was rewarded by numerous crocodile sightings—those scary shy reptiles that like brackish water. And I was rewarded by very little, just that moment.

Is there samadhi without an object?

I’ve always loved Mei-Mei Berssenbrugge’s poetry. I have to slow down and mull as I read it. It has a quality of complexity, but one I find enticing. It might be a cousin to Language School, but is also very original, and sensual as well as abstract. Here is part of an excellent interview with the poet.

MB: I think of a poem as an energetic whole, because the way I reach an expression of energy is through language. I definitely think about the so-called idea or meaning of a poem, but for me, it is more about keeping the energy high. I also want to mention that when I write a poem, I often have no idea of what I’ve said. I make assemblages of notes and put them together, but it’s at the unconscious level that composition occurs, and I think there are more profound gestalts of understanding to be found that way. So I am not somebody who thinks complex thoughts by my will; I find them. A lot of people now say that there are more neurons in the heart than there are in the brain. 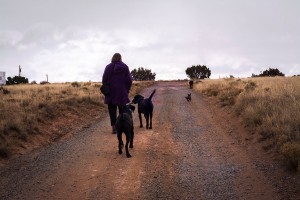 A shroud of snow covers Lake Saranac,
Stretching beyond the frosted firs of Hardy’s Island.
The Iroquois named her Lake of the Silver Sky.
Lone moose call –
Then sound frozen silent.

My mother loved this Lake beyond love – spoke its silent language,
Sang gentle songs to her lapping shores,
Listened to the rise as the wind crossed the water,
Knew her secret coves with darting bass and plucky pollywogs,

Watching us ride the Old Ford “Woody”, with no roof or windows,
Down the hill out onto the Lake with five feet of ice,
Our mad sleigh spinning ‘til Bucky and I fly off the bumper…
Laughing all the way.

On another day my wife slid across a snowy bridge,
She dearly loved those frozen crystals – called them “snew” –
Another winter’s benediction.

They return to the Lake, my ladies of winter,
Twirling-whirling,
Catching plump snowflakes on pink tongues,
Falling down dizzily-giddily,
Making snow angels who fly up into the starry night,
Playing tag above the Lake of the Silver Sky. 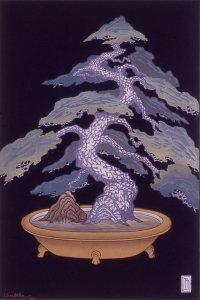 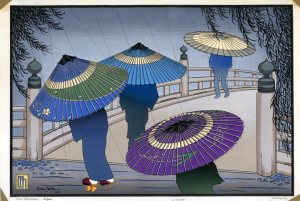 I’m still alive,
unlike several
people in my stories,
those I loved
or half loved,
and I’m at the intersection
of Juanita Street
and Paseo
yellow leaves blowing
as the keyboard intro
to “Super Freak”
comes on the car radio,
and for one moment
I have the intense
although possibly misguided
insight
that this
is the greatest song
ever written,
and for that
one moment
it’s true,
because who doesn’t love
the kind of girl
you read about—
and then it all floods in
all the other songs
I love
and also believe
to be the greatest song
ever written,
and I wonder
who the fuck am I?
and really
I don’t know.

I heard Terry read this truly hilarious piece at SFCC on Thursday and am really happy to present it here now! Enjoy!

All year long, but especially at Christmas time, I receive in the mail often ten catalogues per day. Victoria Secret used to be one of my favorites with its tight, low necked sweaters and hip-riding jeans. But once I turned 50, the names of the catalogues changed. And I admit, those low-slung Victoria Secret jeans make my kidneys cold. Also, the deep V-necked sweaters cause repeated sneezing. But still, all of a sudden, now I’m getting “Soft Surroundings” (as though I can only handle surroundings that are cushiony now) and “As We Change” which may as well be “As We Crumble into Dust” because the outfits are not very hip OR cute. Don’t get me started on “Arthritis Today” and “Plantar Fasciitis Quarterly.”

But enough of my trials over catalogue shopping—and yes, I know this is a First World problem. The real agony of December comes in trying to buy gifts for my husband, Mark. I realize there is too much pressure around the holidays for gift giving, though I love offering someone I cherish an amazing present that maybe he has been dreaming about. Still, Mark’s birthday is three days before Christmas, so that’s two occasions in one week that I need to shop for. I used to get him books and music, but he now purchases books and music on his ipad, and i- phone. It’s not like he’s a fussy guy, but he‘s 6 foot two and has long arms, so I can’t get him shirts from any other catalogue but Territory Ahead which provides clothing for the long, tall guys in our lives.

“What do you want for your birthday?” I ask him.

“How about a couple shirts?” I ask him.

“I have enough shirts,” he says.

“But some of your shirts have holes in them,” I say.

“I like the holes,” he tells me. He is no help whatsoever.

I mean, I’m no fashion plate, given that I have curly hair and wear orthotics but when Mark goes on an airplane (which is often since he travels for work) in order to keep warm but also have that layered look, he wears three shirts on top of each other. If Tim Gunn from Project Runway saw him, he’d kill himself.

Last year Territory Ahead ran out of most of the shirts he agreed he might want, so I was forced to get Mark something I thought might be good for him—a small battery operated device that helps him keep a straight posture. Or would, if he used it. He’s supposed to glue it to his collarbone and every time he slouches, it gives him a small electric shock. It was not a big hit.

And I have tried more creative approaches—I have taken him to concerts for his birthday but those choices are not without risk. A few years ago I treated him to Carmina Burana at the Lensic in December, just before Christmas, and the weather that day was in the 20’s, with snow blowing, etc. We settled into our seats at the Lensic but either I had not dressed warmly enough or the Lensic had not paid their heat bill—it was about 50 degrees in there. Thus, for the whole performance, Mark and I huddled together and held hands tightly. The musicians were passionate and magnificent, but afterwards we both had sore hands, fingers, and wrists. Mark said it was a hand holding related injury.

It seemed safer to buy his gifts from a catalogue.

I have tried Hammecher-Schlemmer, (heated gloves cost $200 though, too expensive.) I tried Orvis (“the sleeves are way too short!”) and I’ve even resorted to What on Earth’s catalogue which was a win one year with a sweatshirt that said, “National Sarcasm Society. Like we need your support.”

A definite low point was last Christmas when I bought Mark a box of bacon flavored toothpicks and a yodeling pickle. Though I have to admit I bought myself a yodeling pickle also. I carry it around in my gym bag—it used to be in my purse until the thing started yodeling in my Voice class and sounded better than I did.

Our cats are somewhat easier to please than my husband. I bought him a Trump voodoo doll last Christmas, but our two cats decided it was their toy and ripped it apart, fake blonde hair and all. They’re very political.

To summarize, over the years, I have given Mark massages, dinners out, dinners in, cooked by me—though I am not a great cook, unfortunately. I purchase raspberries, oranges, spinach for Mark each time I go grocery shopping to make sure he eats healthy, especially after his recent heart surgery.

“There’s a wall of spinach in here!” he says when he opens the fridge some days.

Let’s face it—there are no perfect gifts. I would like to create or buy or even put on lay away some incredible substance or product that would fight death, that would guarantee that my sweetheart and I would both live long and prosper. A gift that could guarantee that every moment together is filled with love and understanding, with no difficulties, no disappointment, no grief. That isn’t too much to ask, is it?

But hey! I did find the most amazing gift for Mark this year! Moisturizing gel socks that help repair cracked heels! They don’t exactly stop time, but they do hydrate the feet with an aromatherapy blend of lavender and jojoba oil! His feet will be pampered daily, and they come in pastel colors! I think I can get them on Amazon Prime.

I sent five poems to a new literary journal.
Like much of my current work, the poems are untitled.
They want short poems in one document so rather than use *** or THE END I simply numbered them.

This is what I got back:

How likely is it I’ll submit again? Not very!