Laura Madeline Wiseman: Your chapbook Are the Children Make Believe? is written from a variety of viewpoints that document a generation. Your poems “Grown-ups” and “Millennial” explore the “which tools” of suicide and self-harm with a sharp, action-focused inquiry. Talk about care and kindness in poetry. What is the work of a poet to craft a compassionate gaze with the poem?

Elizabeth Jacobson: Are the Children Make Believe? is also a long poem, but with 20 titled sections, all of which draw from incidents I experienced personally or which were relayed to me by others.  In Grown Ups, there is an irony to this title as well as sarcasm and dark humor in the conversation between the adults discussing the attempted suicide of a college freshman as a way for them to alleviate some of the pain they feel for what has perhaps become an epidemic in our country. There are several other sections in the poem with the viewpoint of a mother, and although this interpretation is loose, to my mind this is the same mother, one who has suffered the attempted suicide of her own child, and it is she who is in conversation with her therapist in the poem Grown Ups.  In this way, there is a kind of sigh, a release of emotional tension and anguish through the dark humor.  In Millennial (there are two sections with this title, and this speaker) it becomes clear in the second section the speaker’s pain and eating disorder is most likely a symptom of her PTSD in response to her father’s suicide.  Again, there is sarcasm and dark humor in the speaker’s choice of words, which are attempts at masking her pain, but which, as in Grown Ups, is apparent to the reader.  The compassionate act in writing Are the Children Make Believe? is the factual telling of unquantifiably painful, horrific, palpable and emotional incidents.  Readers can then form a compassionate gaze for themselves: Here are the facts, this is happening now in our country— are you moved by this?   Have these things happened to you?  What can we do to help? 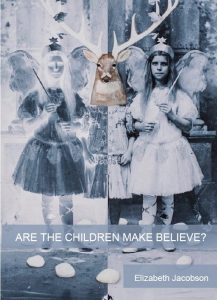 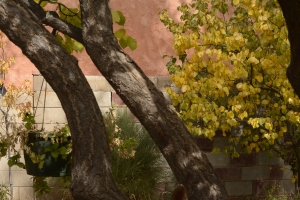 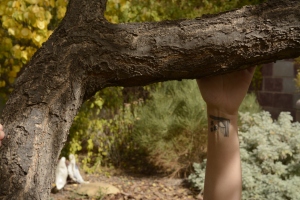 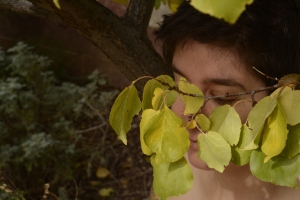 I wrote and posted this two years ago. In light of the Pittsburgh shootings, I am re-blogging, with an addendum.

My name is Miriam. Mir means bitter, bitterness, rebellious people. Miriam is associated with water, a well that follows the Jewish people. If my name was New Mexican, it might translate as bitterwater. My father’s name was Eli. Actually, on his birth certificate, Elias. Our last name is ostensibly Sagan, although we think my grandfather changed it at Ellis Island to match his brother-in-law’s name. My Hebrew name is Miriam bat Eli.
My father was a Levite, from the tribe of Levy. Sagan is a Levite name, meaning lieutenant or helper to the high priest. I’m a Jew through my mother; my tribal affiliation is through my father. My mother’s father was also a Levite, but in orthodox circles you can’t claim that through your mother.
My maternal mitochondria is 30,000 years old. Swabbed from my daughter’s cheek and sent to National Geographic. My foremothers were on the second great migration out of Africa. Into western Europe—what is now Spain. My mitochondria is the most common European type.
My mother’s family was in Spain, expelled in 1492. My four grandparents were Ukranian Jews. My paternal grandmother, aged 13, said she’d kill herself, drown herself in the mill pond, if she couldn’t go to America. She was smuggled across the borderlands of the Austrio-Hungarian Empire buried in a sausage cart. My maternal grandmother was in a pogrom. Men on horseback killed the child standing next to her. She came to Boston.
I carry their desire and their fear.
My father had a hand disease that the specialist told him was from the gene pool of the Arctic. He asked my father if he was a Cossack. My father was appalled, and said, “No, I’m a Jew!”
My pretty face, my sometimes green eyes, the way I look in a kerchief…these things come to me from rape. I look European by means of the Viking Rus and the marauding Cossacks.
When I was growing up, Jews were not white. In the 1950’s and 1960’s in New Jersey we could not buy houses in certain neighborhoods, join country clubs, and swim in some swimming pools. We could not attend social dancing school or presumably date non-Jews. This was a lot better than running from horsemen, but it was still being an outsider.
When I came to New Mexico thirty years ago I became an Anglo. In general, assimilated American Jews now seem little different than “white” people in general. My daughter married into an Irish family. My genes are now in the giant millennial free to be you and me pool. Where perhaps they have always been.
***
And this is how the essay ended. It was an exploration of identity, and I was satisfied with it. Today I’m observing that for some American Jews of a younger generation, the shooting and the hatred it exemplifies may come as more of a shock. What I didn’t talk about above was my own experience of anti-Semitism:
1. Being asked over and over by a NY cab driver “are you a Jew” as he drove off-route into an increasingly scary neighborhood.
2. Being told by a boyfriend (to whom I was unofficially engaged), “you can’t visit this weekend because my anti-Semitic grandmother will be there.”
3. Being told “get out of our school” by non-Jewish classmates.
And basically counting this as nothing.

From an anthropological viewpoint, the notion of race is itself a racist construct. By “white” I mean privilege. Which I’ve seen go, come, and go again.

It’s Been a While Since They Asked

Among the blossomers, a dead tree stands, dead tree.
A long-standing error, a misunderstanding of yore,
The edge of the Land, where an era begins to be
For somebody else. A bit of stillness there.

And the current events of body and of hell,
The reeds of the end, their spells of sway and sough.
The wind passed on its way through that locale
And a serious dog saw the humans laugh.

When I greet the day, am I its master or its servant? And what do I serve? In the torah study group I attend we have finally…finally!…come to the part where Jacob wrestles with the angel. Well, almost. We’re still right before, where Jacob sends his wives and children and livestock across the shallow part of a small river.
The passage reads like Cormac McCarthy, with two herds being kept separate in the drive. I can really relate to all this, because for much of the autumn I was off on my own. This was particularly true of two weeks of near solitude at Agate Fossil Beds in Nebraska. Personally, I can’t really wrestle with things when I’m surrounded by other people. Jacob crosses the river in the morning, after the angel puts out his hip joint. I came home, maybe limping a little from my encounter with forces beyond myself.
I think I’m more comfortable as servant than as master. Personality? Gender? What about you?

I Am The Tony Bourdain of Bodywork

Yesterday I had a deep tissue massage on a concourse at O’Hare. The concession was run by Russians. And the massage was very…Russian. And pretty helpful.

But this experience isn’t for everyone. I just love to sample bodywork wherever I go. One of my big regrets in life is that I didn’t get a massage in the women’s baths in Seoul, Korea where the bodyworks wore black undies and bras and worked very forcefully.

I recently got a massage in a deserted old hotel in Hot Springs, South Dakota. It was at the height of a #metoo national moment, and I was pretty triggered. And there I was naked with a masseur. I’ve also counted completely on bodyworker’s professionalism. But I gave this gent 30 seconds (in my mind) to prove it. He began by aligning my chakras and opening my spine in a very familiar fashion. We could have gone to massage school together.

“Was that Swedish Esalen?” I asked after the massage.

He beamed, “Not many people know that.“

I’ve had problems, too. It’s like the culinary equivalent of heartburn. My sacrum got moved in some crippling way in a spa in Arkansas. Not that I blame the bodywork. My sacrum does that—even a PT who knows me might jar it. And I had a mediocre massage in Virginia where the masseuse’s long hair gently caressed my nose at every turn.

But I don’t mind. I’m kind of a wreck physically—almost anything helps. And I’m just super curious about styles and methods. I got the best massage of my life in Wendover, Nevada in a casino. I went back, but the practitioner was gone. She was just one of those angels with a massage table.

“I Am Not A Poet But There Are Poems in My Body”, paper,wax,leaves #mothernatureyearns#mixedmedia #paper# @ Catalonia, Spain 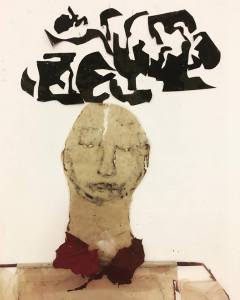 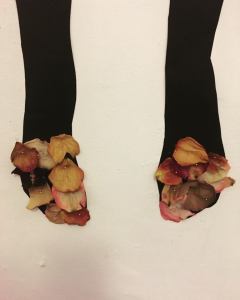 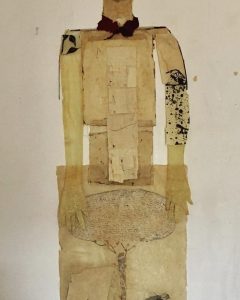 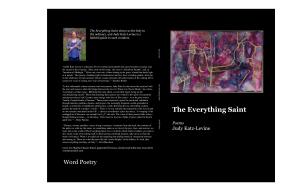 Brother who sends photos and they
whisper in the dry winter night
and the ghazals of Hafiz who wrote:
“Oh Hafiz, seeking an end to strife,
Hold fast in the mind what the wise have writ:”
and also, those friends who gather against
those who devise in houses of diamonds, who threaten
you and I, when we together link hands in the
fiery afternoon in the city and though
I wasn’t there I was there, there are
signs and signs, the whispered names
of those friends over and over, old
strings of the guitar and a spiritual –
“He’s got the whole world in his hands…”
sister who chants under a mouth of stars
and the walking towards you who are so open.

Not One Soul At The Lake, And then

a descent of sparrows to the bone
causes a birth of black stars
and the never-ending list of names
falling like tarnished grins
for the creation of you as a magnolia
leaves me stunned and unable to cry
there is only one sound, that of someone
far away and breathing sweetly
after a sudden thunderstorm
and I will always call you
after a swim in icy waters and a flask
of strong tea, when the lifeguard
high on a wooden post
oversees the rescue of our
camouflaged doe and fawn

Yesterday I heard an otherwise affable and informative physicist at Ottawa University say there were only SIX colors in the rainbow. That seven is just the social need for that number.
He wasn’t counting indigo.
What do you think?