Flutter Press closed down, and that was disheartening, as I love their work and had been thinking of them for a new chapbook. Then editor Sandy Benitez started up again! And accepted my collection of poems written in Japan in January, 2018, “Ikisan Station.” Flutter has a simple elegant micro press approach, technology by Lulu, and a generous ongoing author’s discount.
I was dithering about whether or not to put all the Japan poems together. I know the fashion in collections is thematic, at the moment, but I have mixed feelings about that for myself. Sometimes my thematic work doesn’t feel strong enough. For example, I could never get the Iceland poems (summer and winter) to jell as one book. So a batch are appearing in my new book “Luminosity”–out in May 2019 from Duck Lake Books. That collection is partially clustered in terms of theme, partially not. Robert Winson (my first husband and an excellent editor) criticized me for not including my less formal and slightly weirded poems when I put a manuscript together. “Luminosity” should have some quirks. As does “Ikisan Station.”
These poems were written at Studio Kura (Itoshima), in the chilly House 3, a traditional style agricultural house with a tile roof and sliding screens. The wind whistles in many of these poems, beneath snowy mountains, the smell of the sea. I wrote some too at our air BnB in Tokyo, Zen House, in a neighborhood of old fashioned food stalls and unlimited tasty things to eat, sitting on the roof top porch.
I added in three haibun, which give an unusually narrative grounding to the poetry–which I found it needed. It’s not that easy to add in a batch of haiku without them seeming like an afterthought, but obviously writing haiku in English in Japan had a level of creative challenge, and I wanted to include that.
At Kura I was super focused on the collaborative project for Maternal Mitochondria with Isabel Winson-Sagan. We did our video and suminagashi installation in an ancient square grain storage room, and a haiku and teapot geocached path in a local garden. These poems were almost like outtakes–written early in the morning before the shared events of the day.
Photos of course by Isabel. Which do you like for the cover. Should one be on the back–a smaller image? 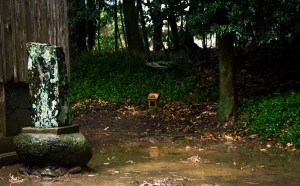 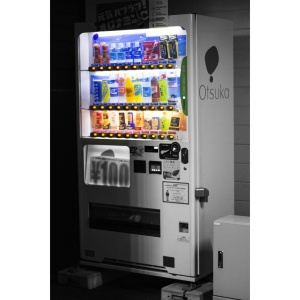 11 thoughts on “New Chapbook! Which cover image do you like?”