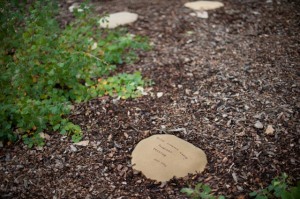 Stoneware haiku created and installed by Christy Hengst. Haiku curated by Miriam Sagan. Funding from the Witter-Bynner Foundation, Santa Fe’s own extraordinary poetry foundation that enhances our lives in many venues. Support from SFCC Foundation, New Mexico Literary Arts, the ever lively Art on Campus, and my old home base–The English Department. 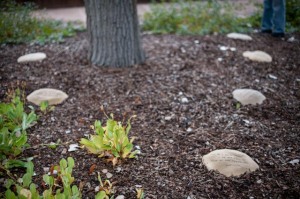 Readers–thought you’d be interested in this pathway of poetry–haiku–in New Zealand. 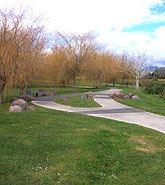 The Haiku Pathway in Katikati is a two kilometre riverside walkway decorated with boulders inscribed with haiku. A haiku is a Japanese verse form, usually arranged in three lines of five, seven and five syllables, although purists believe that the spirit of haiku should never be sacrificed for syllable count.

The walkway was conceived and implemented by local writer Catherine Mair, an internationally acclaimed Haiku poet. The haiku – some written by New Zealanders, others by poets from Australia and America – were carefully selected to harmonise with their situation.

You can enter the pathway from various places, but if you begin at the main entranceway, this verse will greet you: ‘Strangers they stop and ask me the way if only I knew’.

Katikati’s Haiku Pathway is open to public at all times; maps can be picked up from the local visitor information centre. 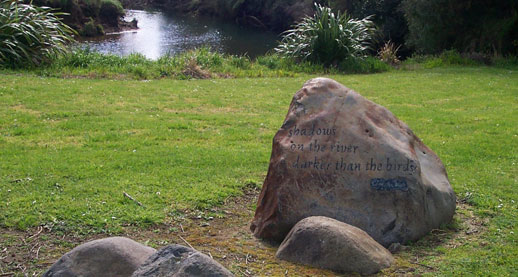 This is the work of well known haiku writer Jim Kacian.